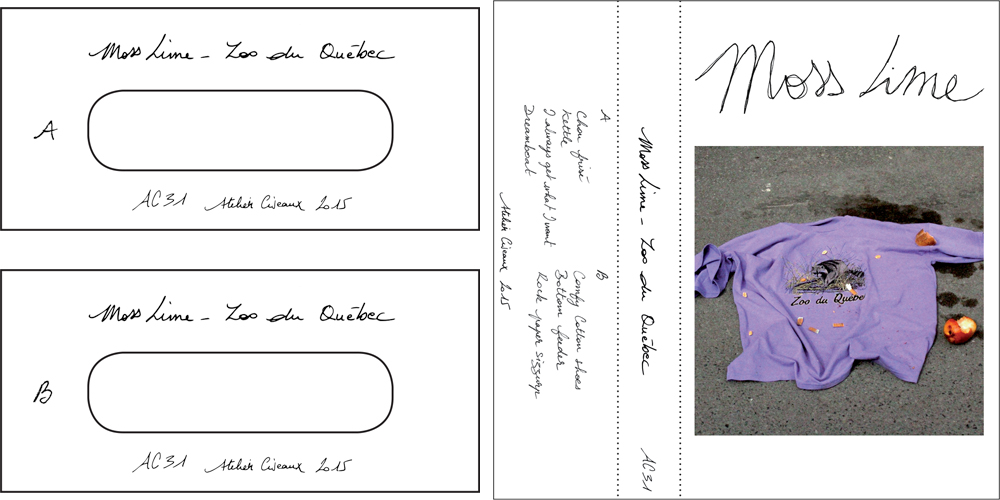 Super motivated, they accept to do the first part of a local punk band in a neighbourhood’s bar. Within barely a week, they locked themselves in a basement and composed their first 4 tracks that they will next record, end of July 2014, in Peter Woodford (Freelove Fenner)’s analog studio, right before Charlotte’s return to France. .. READ MORE

What should have be a « souvenir » of this past Montreal’s summer is finally edited in cassette (« July First ») by the label Fixture (Homeshake, Brave Radar, Dirty Beaches, etc.). Fragile and tense, pop and hypnotic, MOSS LIME offers us, with a disconcerting spontaneity a first “solide” EP.

With Jane L. Kasowicz, the new guitare player, “la gang de” MOSS LIME plays a lot and hits the road for a Canadian tour which, because of a defective car, last only a few days.

Beginning 2015, they registered there first mini-album « Zoo du Québec ». Seven titles of minimal surf winter’s pop where they all share the mike. A darker album but that will spread just as quickly in your body. « Zoo du Québec » will be out on December 8th on cassette via Atelier Ciseaux and on vinyl via Telephone Explosion . 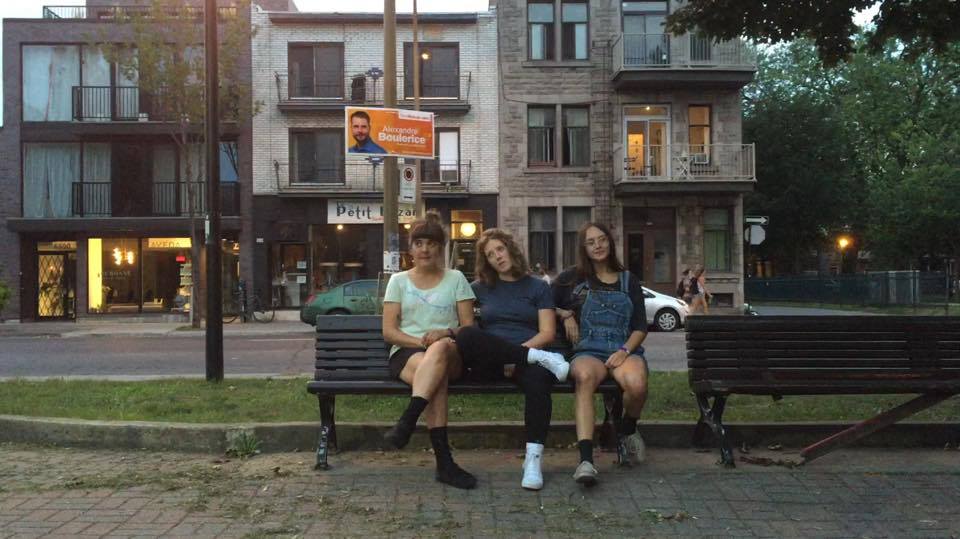 Lavender tape + mp3
Limited to 80 copies
Made in Canada

Chou frisé
Kettle
I always get what I want
Dreamboat