François Virot Yes or no - AC01 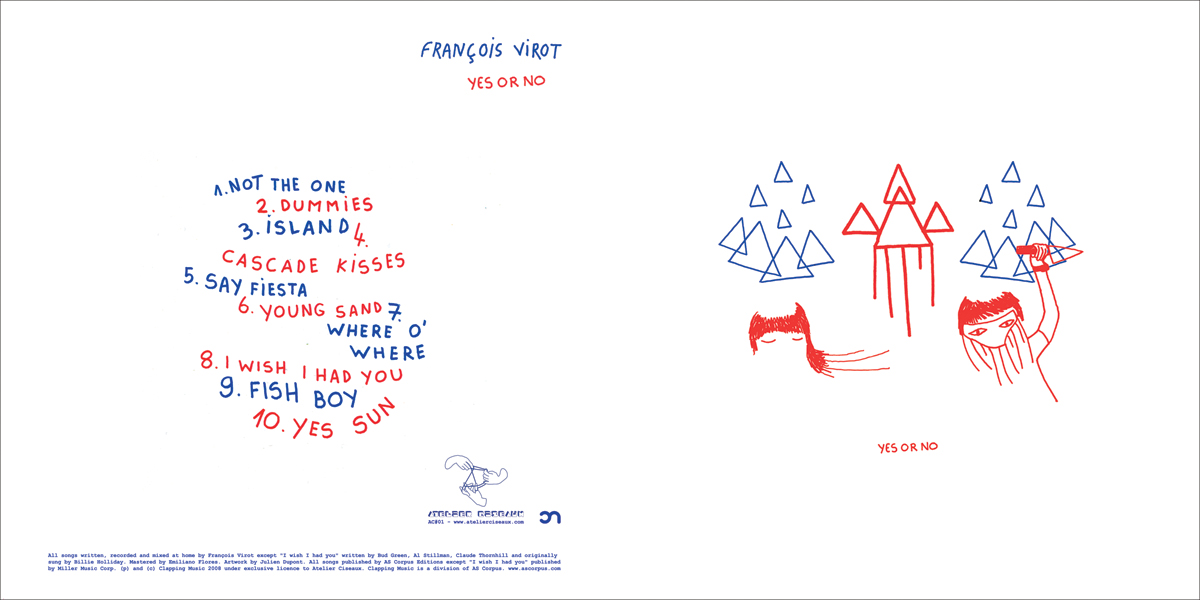 Hyperactive musician FRANÇOIS VIROT was born in Lyon a little sooner than two decades ago, and he seemed to have learnt everything you need to learn in that little time period. Additionally to playing music in solitary fashion, a wooden guitar displayed on his laps, he plays (hitting hard) the drum in ballistic noise pop trio Clara Clara with his brother Charles, comes up with crazy ideas for wonderful side-projects (among them Sea Ahoma, which uses two drums and one guitar) and spends most of his time on the road, where he only stops to force audiences into levitating at the back of basements and sell one of his 17389 handmade demos that he recorded for the occasion.

A complete premature talent, François resembles those little wonders of the internet generation who have tried it all so early in their lives that at the age of 20 they’re already old sages. He learnt the guitar when he was seven to mimic Kurt Cobain, Prong or Brian Adams, discovered The Jesus Lizard, The Melvins, The ExandSonic Youth only two years later, and eventually formed his first band with his brother Charles at the age of twelve, the punk crust unit les Casseroles Brûlées (i.e. The Burnt Pans). And the following day, you can find him on the road in Canada, Germany, down your alley, recording cover versions of Jay-Z or Jobim, looking at his own reflection in a campfire and finishing off his first official album almost at the same time. (By Muraillesmedias.com) 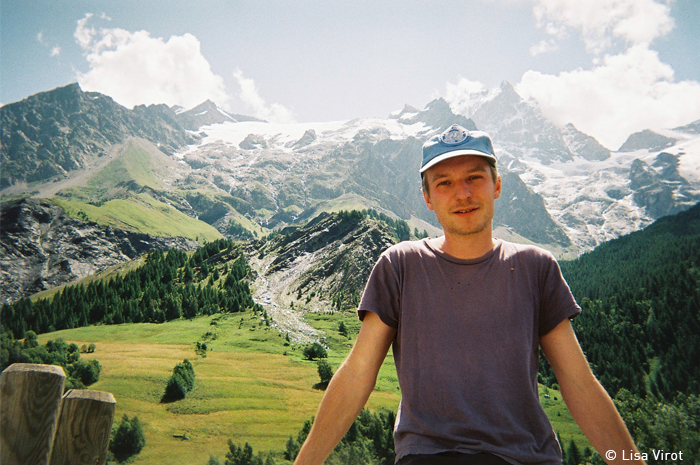 Not the one
Dummies
Island
Cascade kisses
Say fiesta

All songs written, recorded and mixed at home by François Virot except "I wish I had you" written by Bud Green, Al Stillman, Claude Thornhill and originally sung by Billie Holliday.
Mastered by Emiliano Flores.
Artwork by Julien Dupont